"MADNESS: Project Nexus is a third-person Run n' Gun-slash-Beat'Em Up filled with arcade-style action and button-mashing brutality. Train your custom Madness combatant for the endless trials of Arena Mode, building weapons from your own sick imagination to get through just one more wave of deranged assailants. Or, play through the core campaign as the antiheroes of the Madness universe and unearth the terrible secrets of Project Nexus itself.

MADNESS: Project Nexus challenges your use of immersive & tactical combat, on-your-feet decision making, environmental navigation, a massive selection of weapons, and a pretty heavy dose of comic blood and violence. You'll progress through the game by navigating between rooms and overworld stages, engaging baddies along the way (who become wiser and more tactical as you advance). Not everyone is cut out to survive; we think you may be the exception.

Can you overcome the hordes of gun-toting Agents, sword-brandishing assassins, and bullet-deflecting giants that Project Nexus throws in your path? Grab your trusty weapon and let's find out." - Steam Store description

Unlike its predecessor, the Steam version is not made using Flash. Instead, the game is made using the Unity game engine. With Unity, this enables the game to be created with fully functioning 3D graphics. The 3D models used for the game are being made by Krinkels, and The-Swain is the programmer.

The gameplay remains in a diagonal isometric perspective, with a similar room format as its predecessor. Krinkels has also stated that despite the move to 3D graphics, the visual style will remain "cartoony", thanks in part to custom cel-shading.

In the game, there are 4 different difficulties.

The higher the difficulty, the more enemies you have to kill during mini arena-like waves in certain rooms during the Story Mode.

All news and updates for the development on the game can be found on the official blog or on the Official Changelog, as well as Steam patch notes and on the game's official discord server.

Uncover the secrets of Project Nexus in the Story Mode. It includes 19 stages and 7 hub worlds:

There are multiple playable characters, such as:

Crack the Mandatus Code with the help of 2BDamned, build your own agency and empire in the Nevada Central. Train your own custom Madness combatant to be the most deadly killing machine in Nevada.

Complete contract missions to advance the story, fight in multiple different stages with different sub-gamemodes, such as:

Arena mode currently offers 4 different stages and 2 contract mission, with more content on the way. In future, you will be able to customize your blood color, face textures, change names of your hirelings and more.

When creating a new character, you have a choice of choosing one of the many origins:

Origins affect your playstyle, and each origin has pros and cons, as well as one unique ability (with the exception of Noob). Origins have skill tree focuses and weaknesses. In the focus skill tree, you can gain all the skills and with each skill you learn you get double points to your attributes. In the weakness skill tree, you don't get any attribute points and you can't learn the 3 last core 3 skills from that tree.

Ever wondered who would win in a fight between a mag agent and 300 grunts? Now you can find out yourself!

Spawn all enemies you can meet in the game (with the exception of a few bosses), arm yourself with different weapons of your choosing, become your favorite character and play some nice music to accompany you in your crazy playground adventures. In playground mode, you can spawn different characters, morph into characters, spawn weapons and play music.

It was officially announced by both Swain and Krinkels on Madness Day 2013, and a Kickstarter campaign was made in the year 2014. The kickstarter ended with $64,214 pledged, and 1,271 backers. Only $49,198 was successfully pledged, not counting the money from fake backers and the money that went to Kickstarter and Amazon fees. [1]

The-Swain revealed that M:PN will support PC, Mac, and Linux, and they hope to get it on Steam. Console support is also possible in future, depending on if the game will sell well on Steam. [3]

(Note that almost no updates past beta 1.0 are documented here. The game was still being updated after that update released.)

The M:PN Demo was released on October 14th, 2020; currently free to play. It contains only two levels, ending after the first boss-fight with Jorge and Church. After defeating them and attempting to blow up the door to the next level, Sanford and Deimos claim that they need "bigger demo" to blow up the door, ending with Deimos shouting the word "Demo" to drive in the point that it is the end of the Demo.

Beta version 1.0 was released on September 8th, 2017 with the introduction of two new bosses, patches and an interactive mode.

Alpha Version 1.02 and 1.02a released with patch notes, including early Linux support and Murder Rooms 1 & 2.

Alpha Launched on June 28th, 2016 and can be pre-ordered on the Project Nexus 2 website.

The-Swain has released an alpha teaser for MADNESS: Project Nexus on June 20th. You can watch the teaser below, or watch it on the YouTube page.

On July 23rd, The-Swain created a video where he discusses M:PN and the gameplay it will feature upon its initial release. You can watch it below, or watch it on the YouTube page. 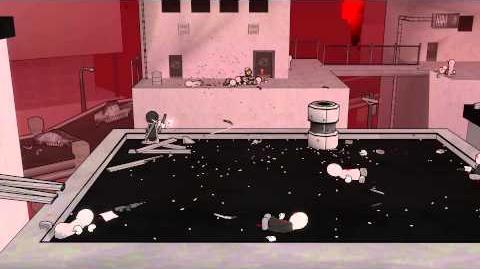 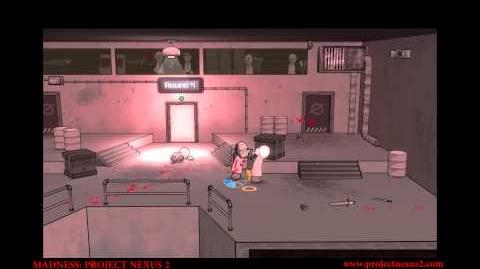 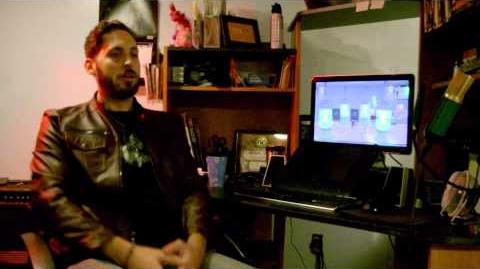 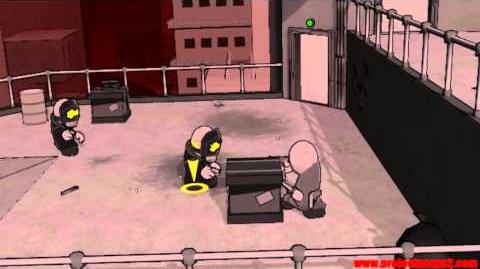