Mag Agents are A.A.H.W. members who have been magnified to about two-and-a-half times their regular size. It was shown in Madness Combat 9: Aggregation that the Agent Magnification Chamber can not only magnify living agents, but also resurrect dead bodies. Mag may be a short term for 'magnified', suggesting the gargantuan size that the agents appear as.

Mag Agent: Torture's appearance in Madness Consternation marked the debut of the mag agents. He resembles a gigantic l33t agent but with large stakes piercing his head in an "X" formation. His glasses are similar to the glasses l33t agents wore in Madness Combat 6: Antipathy.

The Mag Agent: V2 is the second version of the mag agent. Two Mag Agent: V2's appeared standing next to the Auditor at the end of Madness Consternation. In the following episode, these mag agents fought Jesus, but were both defeated relatively quickly.

The Mag Agent: V3 is a third and possibly unfinished version of the mag agent. He wears a mask that resembles a duck bill in order to breathe. The Auditor awakened him prematurely through the same powers he used to enhance two A.T.P. engineers. However, despite this enhancement, the mag agent was defeated by the magnified Hank.

The Mag Agent: V4 is the latest version of the mag agent to appear in the canon animations. They wear black suits like those of normal-size agents but instead of sunglasses, they have large, red visors covering most of their faces. Two of them were seen in Madness Abrogation, both of which were killed by Hank.

The Mag Agent: V5 was only seen in the non-canon episode Incident: 110A. Unlike other mag agents, the Mag V5 was heavily armored, making him immune to gunfire. Jesus managed to knock off part of his armor before slicing his head in half and finally killing him by tearing out the brain.

A magnified skeleton appeared in Madness Combat 11: Expurgation. It had a mask similar to that of Tricky's, and seemingly guarded a pillar of light near the edge of Hell in The Other Place. Hank was able to remove the Mag skeleton's mask, then punched it into the pillar of light with his arm, resulting in the area becoming unstable and the appearance of numerous other skeletons. After Hank and Sanford dispatched the smaller skeletons, the Mag skeleton was able to free itself and attempted a counterattack, only to be put down by Hank, who stabbed it through the eye socket with the Dragon sword, then broke its head off its body with a well-timed stomp to the neck.

Mag Agent: N is a type of mag agent exclusive to the game Madness: Project Nexus (Classic). He is the final boss of Episode 1 in Story Mode. He wears a suit similar to that of agents but with darker, visible lapels. On his face, he wears bi-tech goggles and a gas mask.

Mag Agent: Gestalt is a quasi-boss in Episode 1.5 of the Madness: Project Nexus (Classic)'s Story Mode. He is an armored, magnified version of the abomination. Rather than using weapons, Gestalt attacks his foes by slamming them.

The Mag Bandit is a mag affiliated with the Nexus City's outskirts' bandits. He is the boss in the stage "Road to Nexus City", where he fights Hank at the gates of Nexus City's Industrial Sector before slamming himself against the gates in a rage, opening them.

The Hive is a grotesque, self-replicating Mag Agent cyborg created by the Nexus Core. He serves as the boss of the level "Shakedown", where the Nexus Core outfits him with two shoulder mounted rocket launchers and battery pack. The Hive gets his name for the ability to spawn minions, known as "Slugs", to attack the player, which explode into dissonant energy. He also uses his rocket launchers to deadly effect, targeting his enemies while increasing the output the more he loses health.

The A.A.H.W. Mag Agents are Mags with suits, a giant black visor that connects to a backpack gear, and they are armed with magnified Desert Eagles. They serve as the A.A.H.W's tank unit and their heavy hitter. When you are at close range with them or when they charge at you, they can perform a unique execution where they grab you and hit you with their gun, before throwing you into the ground and shooting you with their Desert Eagle.

The Unfinished Mags are Mag Agents that are still on their development process. They are mainly composed of a microcalcified bone framework to support the Mag's weight and also pre-conditioned muscle cultures, however due to their unfinished state, they lack the polyorganic ethylene skin. They are released by Nexus Core scientists in a hasty attempt to stop the protagonists.

The Half-Mags are l33t agents who seem to be in the middle of the magnification procedure. Though not technically a mag agent, they are bigger than the other units, about the same size as a G03LM, and can charge up an attack that flicks them across the stage, dizzying the player. After they reach low health, they receive the dizzying status, similar to the Nexus Support, and can be executed during this state. 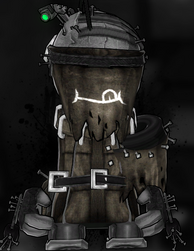 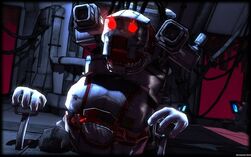 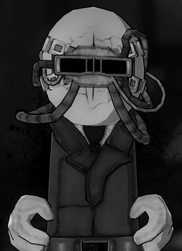 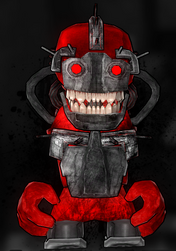 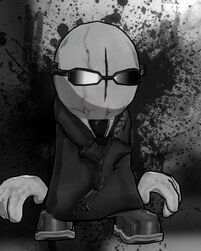 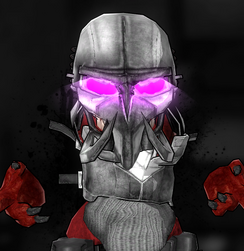 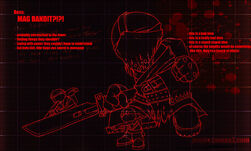 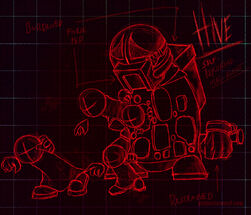 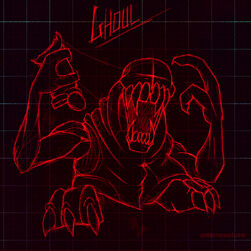 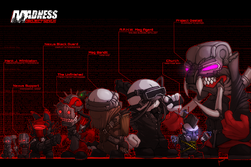 A size chart of various characters appearing in MADNESS: Project Nexus, with the generic A.A.H.W. Mag wielding a Mossberg 500 and standing between Church and the Mag Bandit.

Community content is available under CC-BY-SA unless otherwise noted.
Advertisement